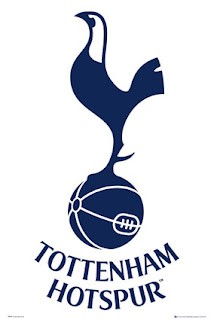 Two things to celebrate from yesterday
1. Tottenham beat Reading 6-4 at home yesterday. Our family have been Spurs supporters since the turn of the 1900s. Family legend (often remarkably inaccurate) has it that two of my great uncles had trials for Spurs and hence the link. However the club historian has no evidence of this that he can find. Despite this, we've had season tickets at White Hart Lane since the 1950s. My great uncle Jim had his fatal heart attack in the East stand in the epic 3-1 defeat of Manchester United in 1999 just after Stephen Carr had scored the third goal.

2. This blog is now findable by the search engines and I've had a comment left by Ann Fitzhenry from the USA.

written by Jo Fitz-Henry No comments:

Article about Nesta of Pembroke in the Guardian 21.12.07

The link below gets you to an article published in the Guardian newspaper yesterday. Simon Jenkins argues that the Welsh princess Nest (or Nesta) of Pembroke has been sadly overlooked in the history of the British Isles. She has been described as the British Helen of Troy and had liasons with at least four different members of the conquering Norman nobility including Henry the First.
How is this relevant to this blog?
Nest is commonly recognised to be the mother of all Fitz-Henrys/Fitzhenrys because she bore the illigitimate son of Henry 1, Henry Fitzhenry. However, Henry 1 is said to have had 20 illigitimate children so maybe there were other separate starting points for other Fitzhenry lines, Fitzhenry meaning "the bastard son of Henry".
http://www.guardian.co.uk/commentisfree/story/0,,2230948,00.html
written by Jo Fitz-Henry 1 comment:

Time for me to shamelessly plug a website that I've built for my dad, Tom Fitz-Henry and uploaded this evening. He's an osteopath in Barking, Essex (that's Essex England for all our transatlantic viewers) and wanted an online presence as all his mates have one. This gave me my first crack at building a website from scratch to a customer's requirements (!).
The great Fitz-Henry family tree website is still work in progress but I hope to have the initial pages up by the end of the year. In the meantime here's my dad's site www.tomfitz-henry.com

written by Jo Fitz-Henry No comments:

... part of the Fitz(-)henry One Name Study project

... a collection of stories and information that we've found about people named ... Fitz(-)henry whether or not they've got a hyphen ... Fitzharris .... Fitzsenry ... and any other variant you can think of!

Got a story for us?
Recognise any Fitz-Henry or Fitzhenry people in the blog?
Drop us an email.